After my first long hill ride this year (to Ide Hill and back), I was quite quite happy to spend the rest of the afternoon relaxing at home, resting my legs. I also thought that would be the perfect opportunity to start my little project - a recycled bike tyre belt. I came across this idea in a bike exhibition recently, and I happened to have a retired Bontrager Hardcase Race Lite road tyre lying round. Plus, my old (faux) leather belt is falling apart, so I didn't even need to buy a buckle to make my new belt.

I came across this wikiHow page with detailed steps on how to make a tyre belt, but I did not have either a Chicago screw or a leather hole puncher.

My other thought was whether I could cut through the kevlar/puncture-resistant material that the Bontrager tyre was supposed to be lined with. As it turned out, cutting through kevlar was not a problem, but, instead, the wire bead around the tyre presented some challenge. Luckily I have a mini hacksaw.

After rummaging through my DIY cupboard, I gathered the following and decided to have a go:


Step 1: cutting the tyre (or sawing, if you have a wire-bead tyre)

Using a mini hacksaw, I managed to cut through the tyre to turn it into one long, curved strip of rubber.

Step 2: trimming the edges and digressing...

At this point, the strip was still too wide and curved up to make a useful belt. So, using a pair of sharp scissors, I trimmed off the edges, retaining about 2cm of rubber in the middle (similar width to my old belt).

The process proved to be quite time-consuming (and boring), so I opened up BBC iPlayer to find a program to watch, while fighting my way through the length of the tyre. I decided to go for this program on Mike Oldfield's Tubular Bells. I must admit I knew nothing about the album, apart from 1) its opening riff, and 2) that it is famous. The program turned out to be extremely fascinating, as it looked at Mike Oldfield's troubled adolescence (incredibly, he made the album at the age of 19!) as well as the beginning of Virgin Records, with Tubular Bells being it first commercial release, recorded in a manor house in Shipton-on-cherwell just north of Oxford.

Not to downplay the genius of Tubular Bells itself, I was, however, most excited by this mind-boggling piece of work mentioned in the program - A rainbow in curved air by Terry Riley. Psychedelic electronic jazz?! Have a listen:


Anyway, back to belt-making. After trimming off the edges for just over half the tyre length, I chopped the rest off, to keep what was now effectively the belt (check the length of your favourite belt to make sure it doesn't end up too short!!).


I used the reamer tool to make a hole 4cm from one end of the belt. I then folded it back to fit the buckle removed from my old belt, as follows: 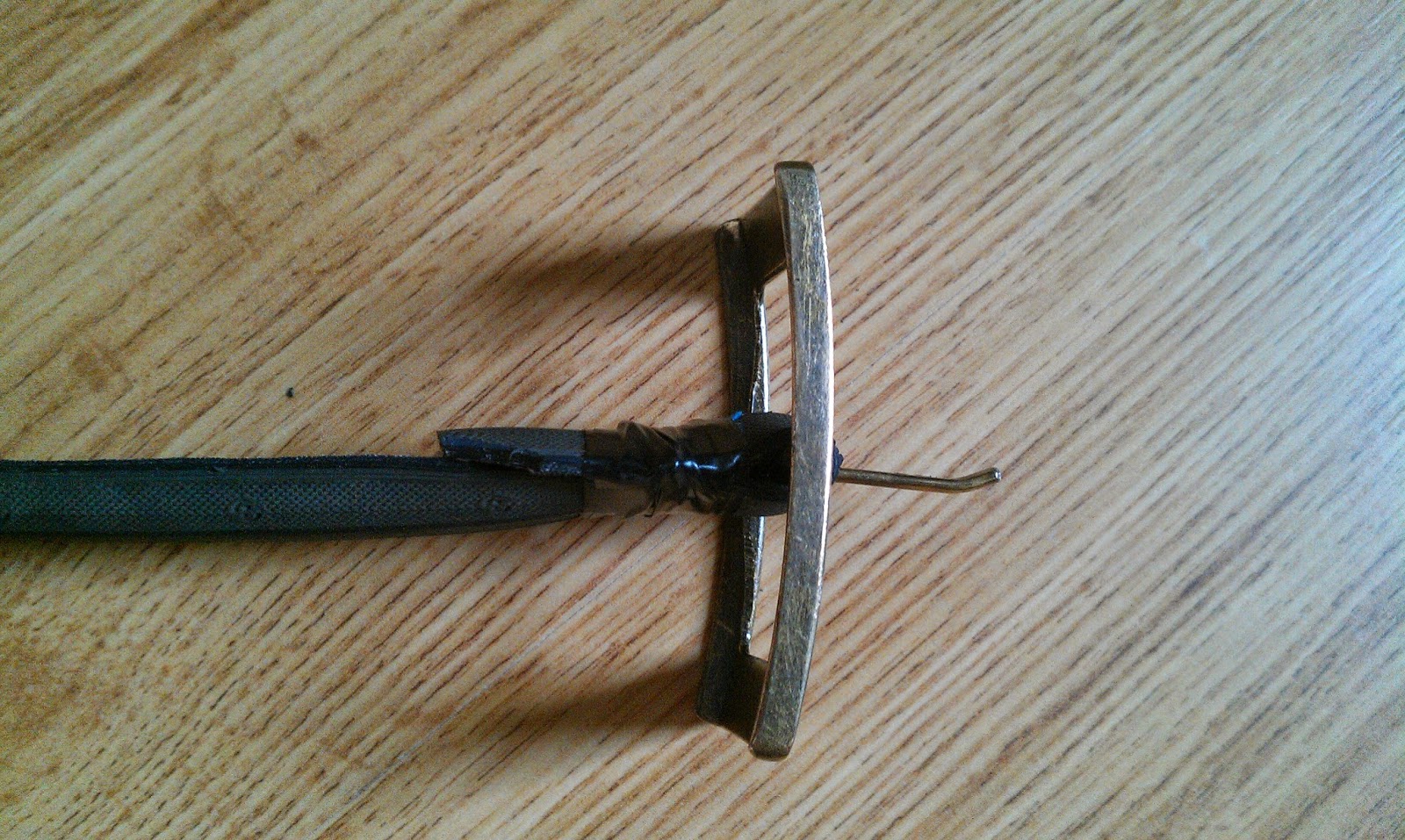 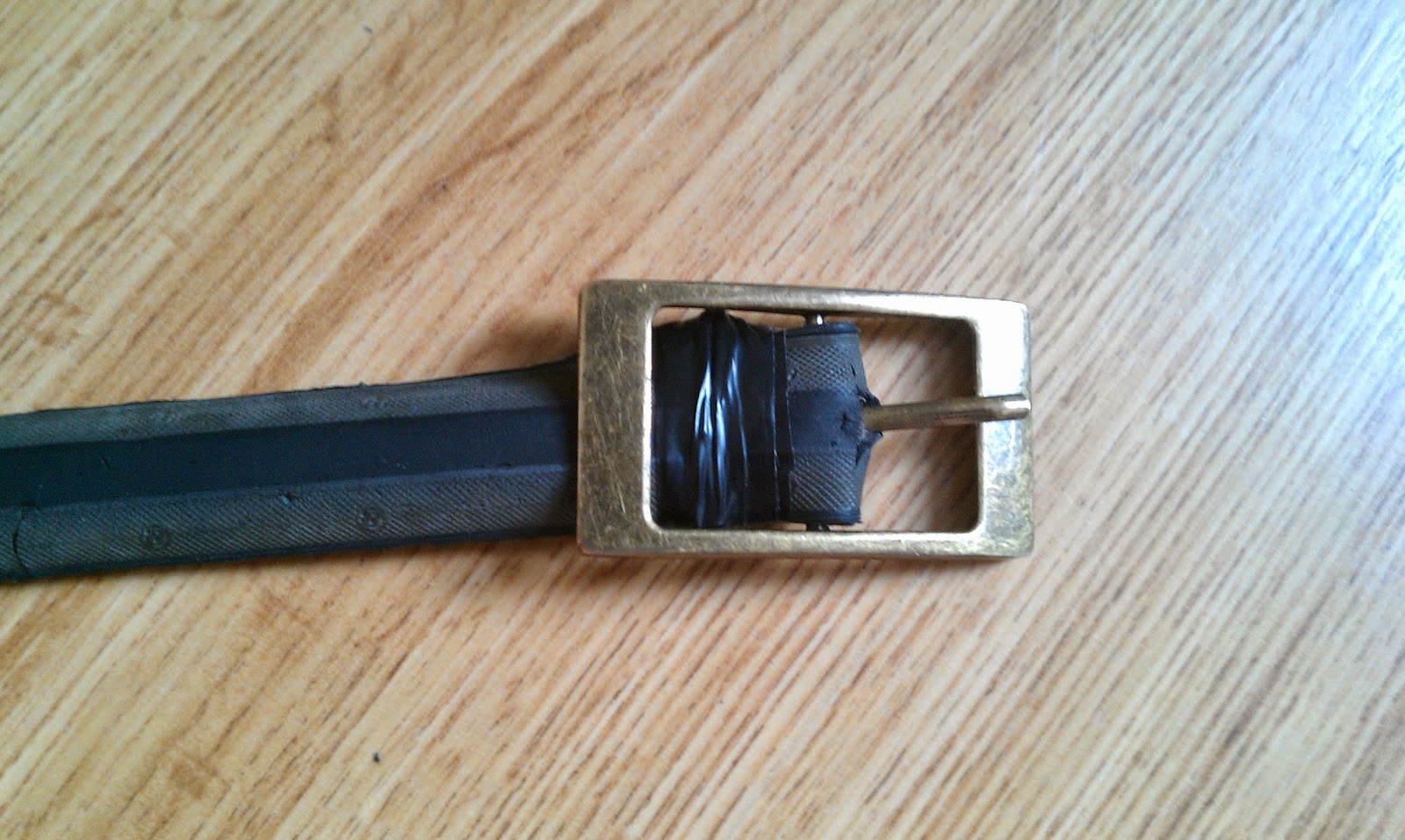 As you can see in the photo, I had to somehow secure the folded end back to the belt itself. Without any suitable screws or bolts, I resorted to making a couple of holes and threading some garden wire through them to secure the folded end. I then covered it with some pvc tape.

It was not pretty, but it worked. Otherwise, if you care about how it looks, use one of these instead.


I just used the reamer tool to make a single hole somewhere appropriate along the belt to turn it into a functional one! 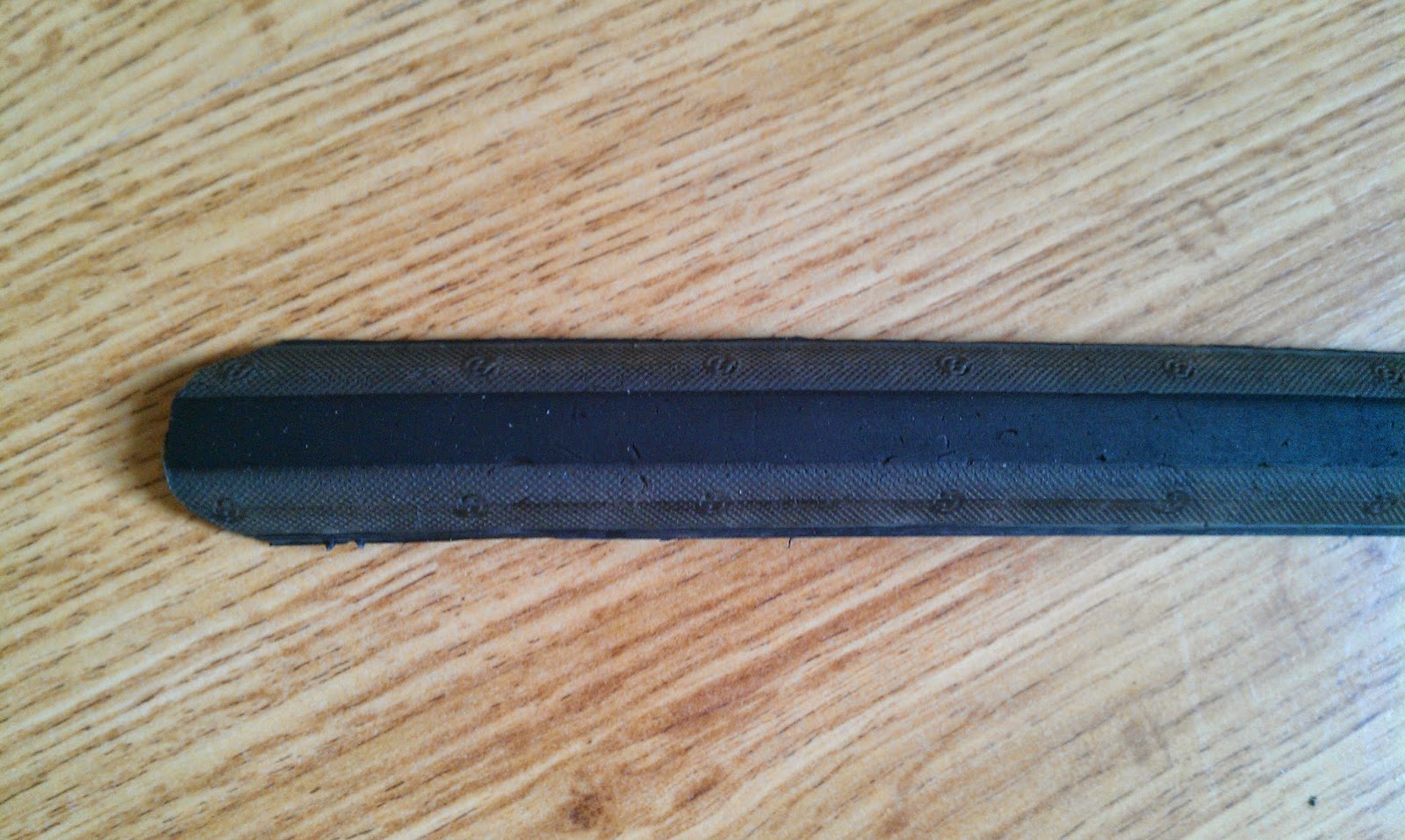 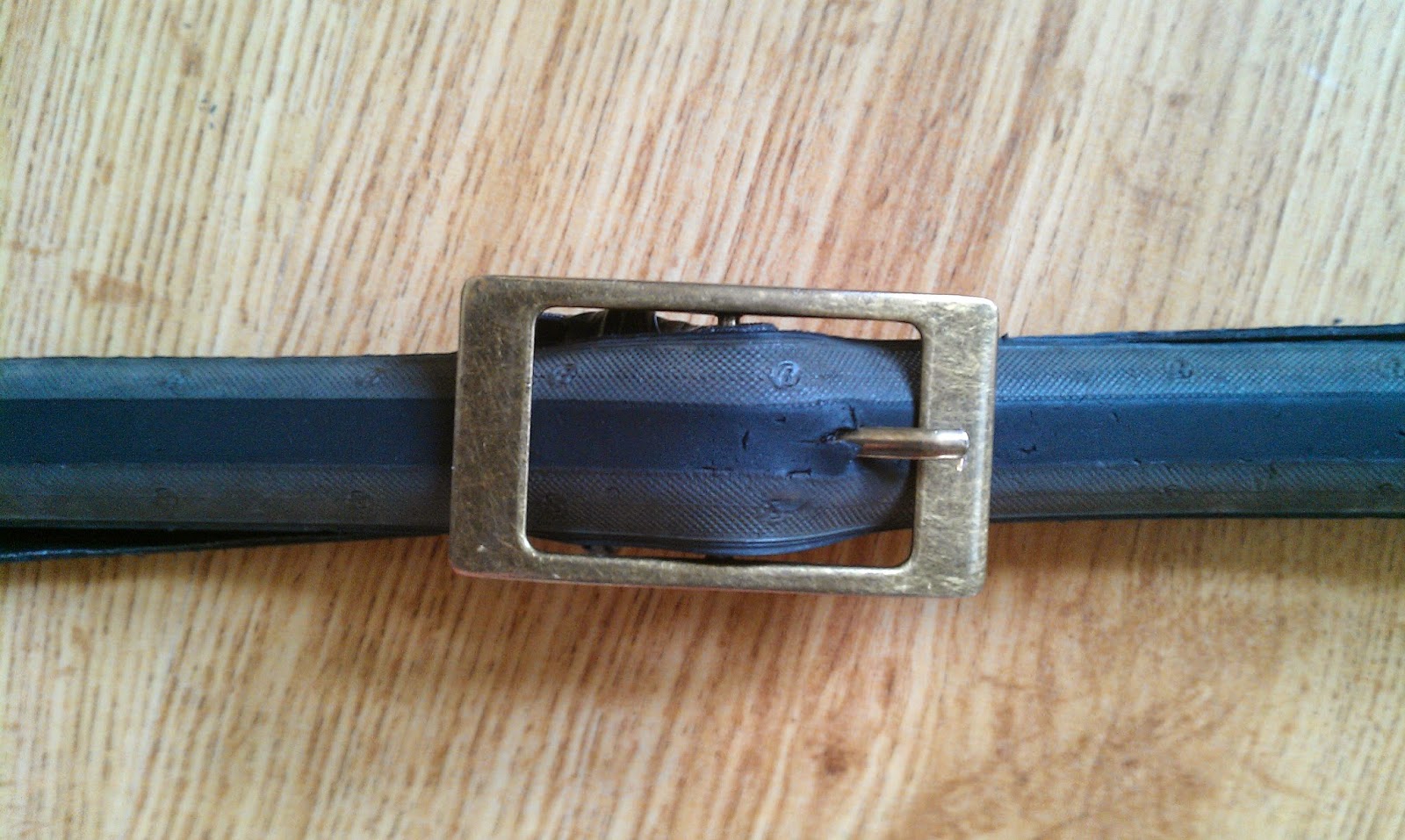 A 65k ride, a new belt, and a new music discovery - not bad for a Saturday afternoon.
Email Post
Labels: cycling diy music