We are off to the Lakes soon (pretty excited!), and I thought, since I have always wanted to do a data visualisation project, why not play around with Wainwright 214 Fells data a bit, and see what I can come up with.

So I started off looking for the following:

Initially, I wanted to try out some animated graphs showing the height distribution of the fells, but I soon became obsessed with the idea of displaying the fell names inside the shape of a, well, fell! Scafell Pike, standing at 3209 feet, right at the summit, and Castle Crag, at a mere 951 feet, at the base. I could not quite figure out how to flow text inside a isosceles triangle using css, but I did come across the idea of css shape-outside, and this excellent polyfill from the Adobe web team. So I decided to go with a right-angled triangle instead, which I think actually works better!

This is the end result, voila: 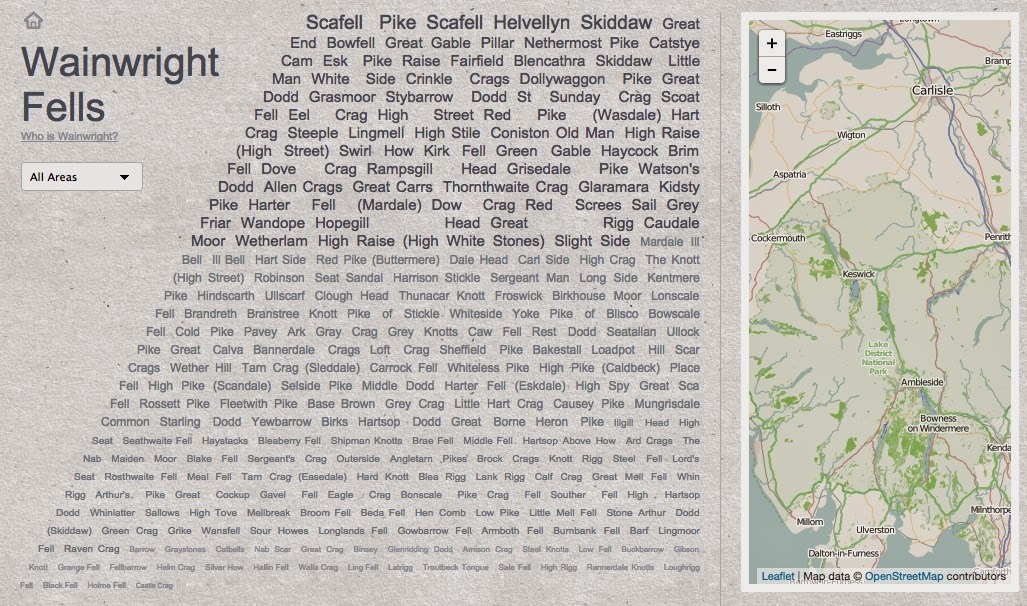 This is how it looks on a larger screen. In order for the contents and iteration to work on a smaller mobile screen, I decided to offer a pared-down mobile responsive design: 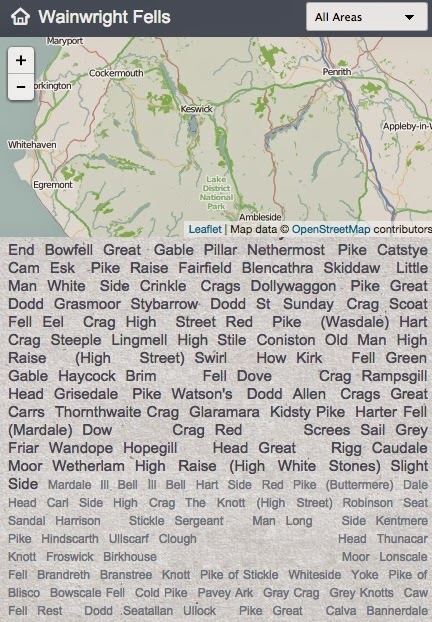 Check it out on my site: http://www.seewah.com/wainwrights/.

Incidentally, so far Sze Kiu and I have walked up (ordered by summit height):

And we hope to go up a few more this time!