Bateman's and a Kipling poem: "If—"

Over the bank holiday weekend, Sze Kiu and I went to visit Bateman's, the former home of Rudyard Kipling in Burwash, East Sussex. I must admit, previous to the visit, I only knew Kipling to be the author of The Jungle Book, and I was more interested in the Jacobean house itself and, potentially, its surroundings than the fact that Kipling used to live in Bateman's.

To a certain degree, the visit itself was more educational than inspiring. In fact, as it turned out, I was more intrigued by the accompanying watermill than the house itself. Don't get me wrong, the house was immaculately preserved by the National Trust, and it contained a large number of fascinating objects belonging to the Kipling family - I was just not that into Kipling.

Before we left, we made our customary cake stop in the little teashop. I noticed, written across two horizontal beams, two lines from what I could only assume to be a Kipling poem:

If you can dream - and not make dreams your master;

If you can think - and not make thoughts your aim;

Later on, when we got home, I went online to find out more about the poem "If—". I was mesmerised by how simple, and yet how profound, this poem is. Ironically, I suddenly had this urge to read up more on Kipling and his works. What a fascinating character! On the one hand, he was, almost certainly without doubt, a supporter of imperialism. On the other hand, he seemed to be able demonstrate boundless ambivalence in his works. He called himself an atheist, but he was clearly a God-fearing man.

Despite the imperial/colonial connection with this poem (it was inspired by Leander Starr Jameson, a British administrator of the then Cape Colony), I am totally mesmerised by it. I have never seen so much strength and depth conveyed by so few words.

Anyway, as a tribute to this great poem, I wanted to play with a few design ideas to create a little web project. I had this idea of a line transforming into the word "if" as one reads/scrolls down the page. I even had a play with processing.js, but it soon became apparently that my artistic skill left a lot to be desired. So I went with a simpler idea, which was to turn the word "if" into "dot-matrix" text, with the dots becoming filled in, as one scrolls:

Check it out and, more importantly, enjoy reading this great poem.

I hope you will be inspired too.

P.S. On the subject of poems, we came across the following, presumably etched onto a pane of glass in the watermill by Kipling... 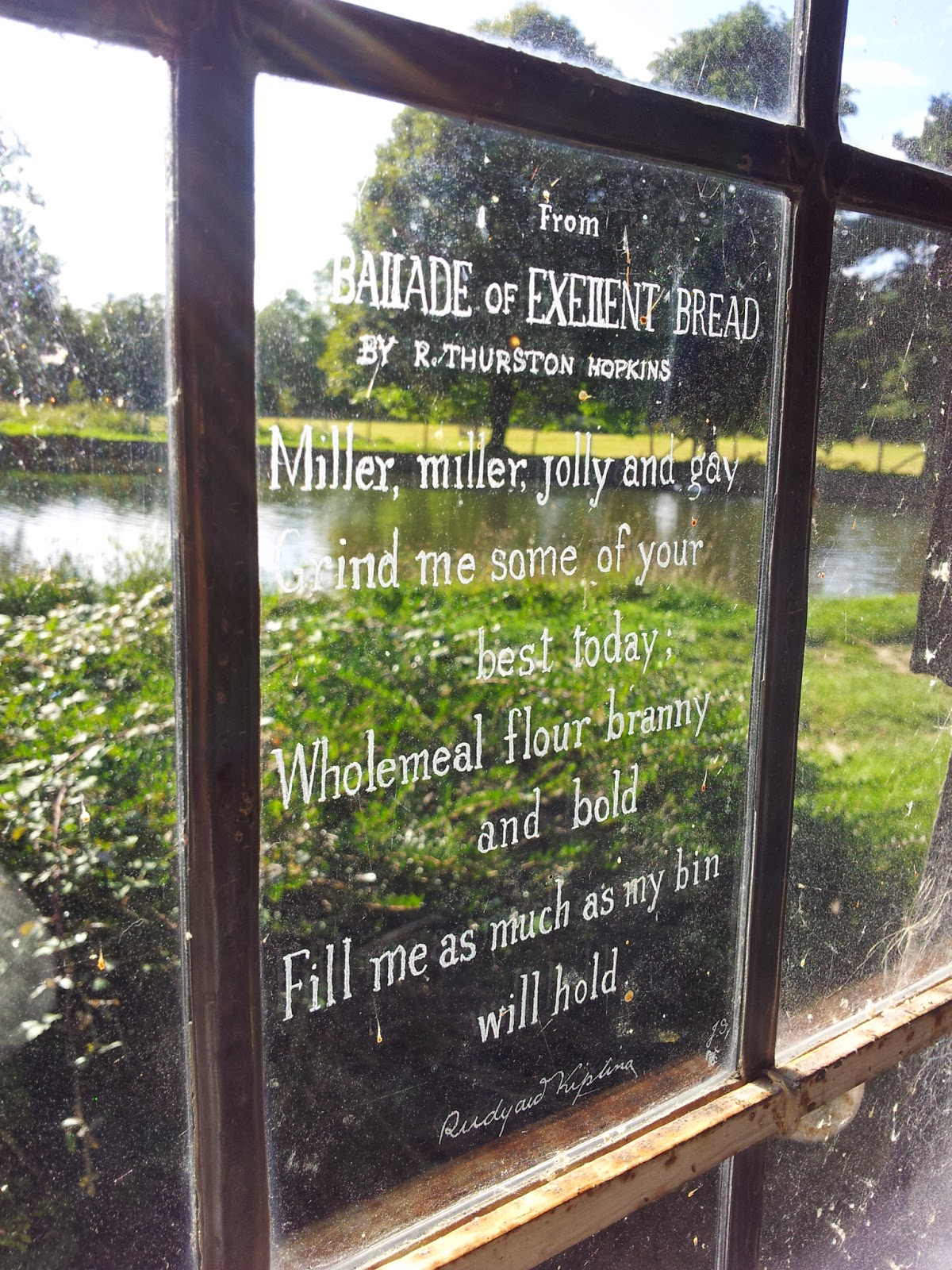