London is famous for its world-class museums, but what constantly amazes me is the abundance of small museums. Some are often run by no more than a handful of volunteers, with limited opening hours during weekends.

I am going to try and pick my top five hidden gems. Yes, there is going to some bias, i.e. my wife and I are very much into historical buildings. One important selection criterion is: they must be open to the general public. Openhouse one-offs don't count.

Location: E3 3DU
Web: http://www.housemill.org.uk/
Opening times (check website for latest): Every Sunday from May to October, and first Sundays in March, April and November 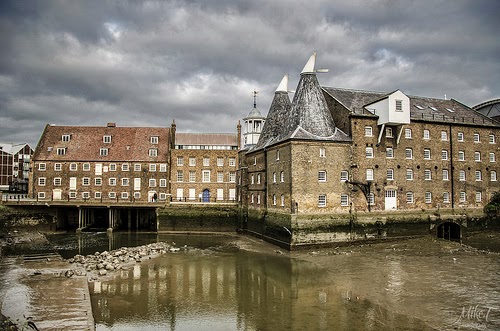 Hidden behind the Hancock Road Tesco by river Lea, this four-storey mill is possibly the largest surviving tidal mill in the world. Built in 1776, the House Mill once produced flour for the bakers in Stratford, before being taken over by a gin distiller - JW Nicholson & Co.

The building is now Grade I listed, and is managed by a trust which runs guided tours on Sundays.

When we were there, the visitor centre was not very busy, and we were taken on an extensive tour to see all floors of the building (which incidentally is a timber structure, clad in bricks on the entrance side to make it look expensive). Detailed explanation was given on the working of the sack hoist, the mill stones and the tidal sluices. Though eerily empty now, one could easily picture what it must have been like when the multiple mill stones were all turning at the same time, sending vibration throughout this giant of a building. There was also a fascinating collection of wooden pattern blocks for the different machine parts.

Speaking to the volunteers, it sounded like the arrival of the Olympic park round the corner did not bring a huge increase in the number of visitors to the mill. Bromley-on-Bow is still a bit of a backwater. But who knows - with more funding, perhaps the machinery would be brought back to life one day, showing the future generation how nature was once harnessed in an eco-friendly way (I assume!) to produce energy. 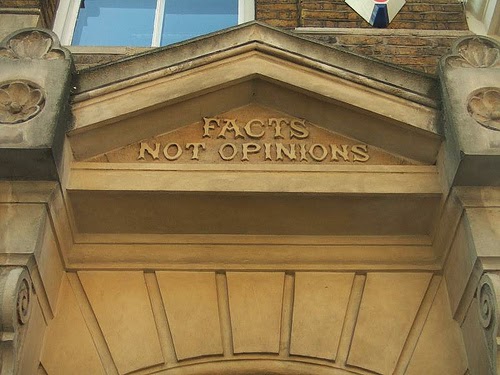 This place is all about one man and his machine. David Kirkaldy designed and commissioned the testing machine which is still functional inside this building.

Cast iron and steel were the crucial materials that drove the industrial revolution, e.g. the first iron bridge in Coalbrookdale. However, the Victorians did not necessarily understand the characteristics of such materials initially, which resulted in many disasters. Kirkaldy's business was to provide the facilities for material testing for construction and for accident analysis.

The place felt very much like a workshop (or a lab) with the machine taking the centre stage. The volunteers gave demonstrations of the machine literally pulling metal apart, and in doing so, on how to work out the tensile strength of the metal. There were also smaller rooms showcasing other testing apparatus.

The museum's website suggests that they are currently undergoing lease negotiation. Situated between London Bridge and Waterloo, the museum is sitting on a piece of premium land. I really do hope the future of the museum will be safeguarded. All the skyscrapers around owe much to this man and his machine.

#3 Museum of Immigration and Diversity 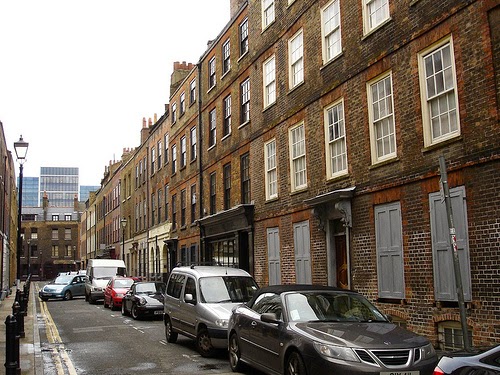 Situation between the old London ports and the City, Spitalfields used to be home to generations of immigrants. There are still rows of Georgian terrace houses off Brick Lane. They would have housed many of these immigrants, from the French Huguenots, the Jewish, to the Bengalis.

On the outside, no. 19 was just like any other Georgian houses on the street, with fading paintwork, and a generally distressed appearance. However, unlike the others, which I could only assume were rather posh in the inside, the interior of no. 19 had not been modernised. Generations of occupants extended and converted the house until the last resident moved out in the 60s. This place is a real time capsule.

Walking through the hallway where the ceiling was propped up by metal poles, I totally did not expect to find that the house would suddenly open up to become a synagogue, complete with a gallery for female worshippers. Downstairs in the basement, a volunteer explained to us that we were standing on the spot where the locals once held meetings to halt the Oswald Mosley march into the area.

Around the house, one would find artwork to do with the theme of immigration. These objects and the building itself constantly challenged the visitors to reflect on the subject of identity. In a way, this is less of a museum, more of a space for storytelling.

Though listed, the place is desperately in need of maintenance, which is actually stopping the museum from opening more often (for health and safety reasons). Magical and thought-provoking at the same time, the Museum of Immigration and Diversity deserves to be visited by more people.

p.s. Dennis Sever's House nearby is also worth visiting. Situated next to Brixton prison, this windmill is unknown to even a lot of the local Brixton residents. I could not easily spot the windmill from a distance as it was hidden behind trees. However, once it revealed itself, this jet black tower mill was completely at odds with its surroundings - a middle finger up to modernity in many ways.

Built in 1816, and leased to the Ashby family the following year, this is the last remaining windmill in central London. Later on, as the surrounding area became more built up, the spot where the windmill stands became more and more sheltered from strong wind. The windmill was deprived of its driving force, and the sails turned for the last time 46 years after the windmill's construction.

Volunteers run guided tours to take visitors to see all four floors, explaining the workings of the various parts of the mill. 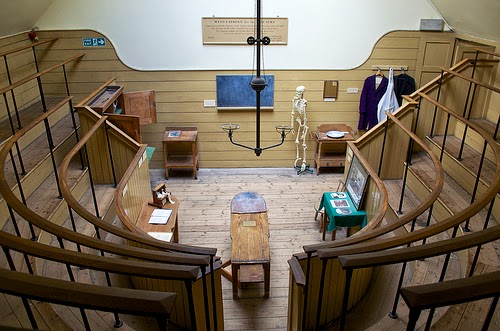 Unlike the others on this list, this museum opens every day. There were two parts to the visit, the garret where herbs had once been dried for medical use, and the adjoining operating theatre itself.

Just opposite St Thomas' Hospital, the entrance to the museum was peculiar enough. One had to climb a very narrow spiral staircase up the side of a church to get to the shop/ticket office. The garret and the operating theatre literally sit on top of the church.

The garret - a massive timber-framed loft - contained displays of medical-related animal specimens, herbs and apparatus. I learnt that frogs were once used for pregnancy tests. There were also constant reminders that, with the lack of medical knowledge which we now possess, people did not use to live that long. This led us to the highlight of the visit - the Old Operating Theatre itself, where those who were operated on did not seem to stand a high chance of surviving. Surgery was often seen as a last resort. Death aside, this was a wonderful place, and one really could see where the name "operating theatre" came from. I saw a little note which indicated that, to prevent blood from seeping down through to the church below, sawdust was packed underneath the floorboard.

This place is full of wonderful, if slightly morbid, stories. Well worth stopping by if you are in the area.
Email Post
Labels: architecture london